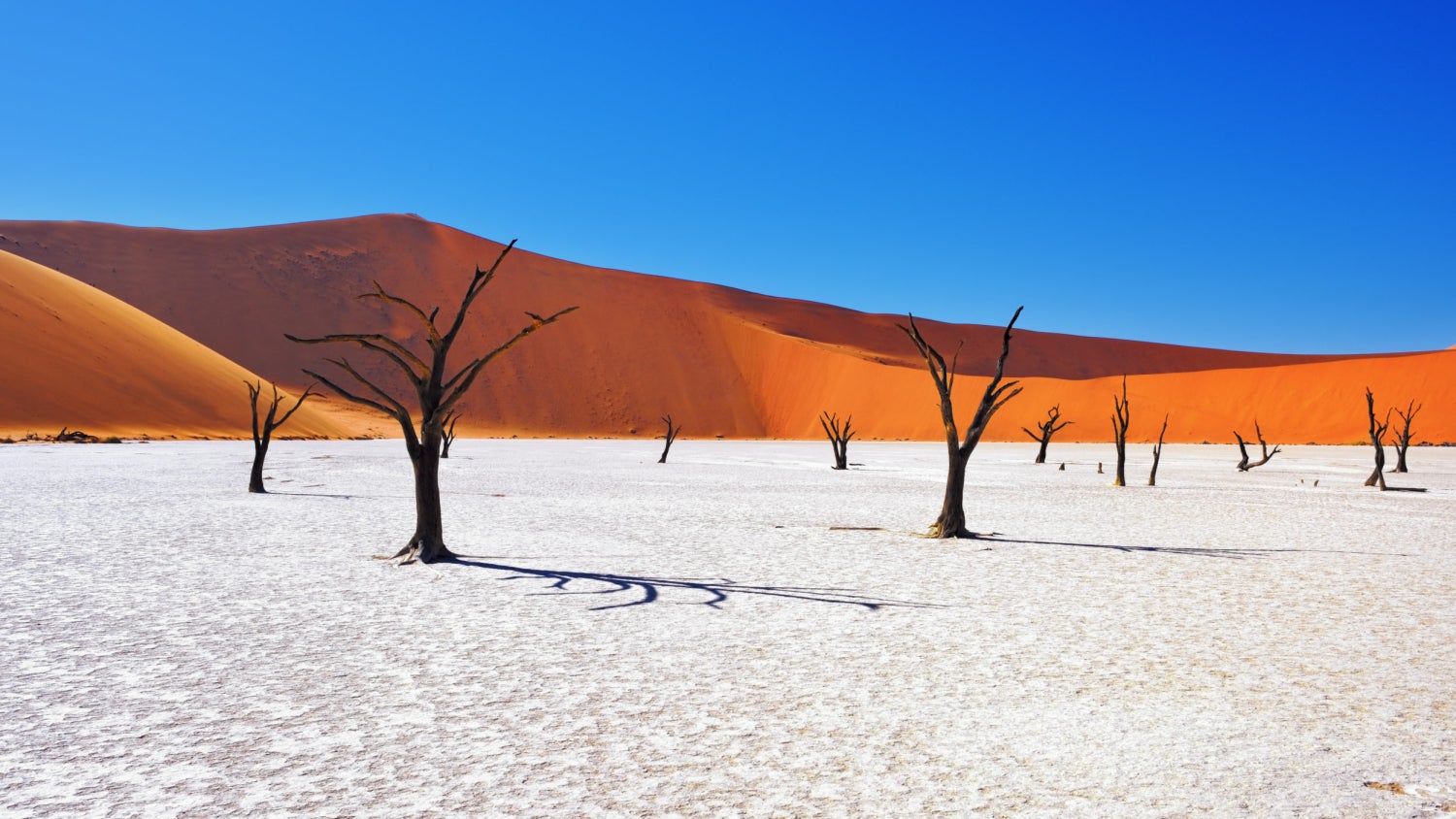 Namibia is one of the largest and least populated countries in Southern Africa. With an estimated population of 2.2 million living in an area the size of France, close to 50 percent of its citizens live in urban centres, resulting in a low population density in rural areas12.

After Namibia gained independence from South Africa in 1990, its healthcare delivery system reflected a traditional medical model, focused mainly on hospital-based and curative services3. Health outcomes were generally poor, and income inequality in Namibia was extreme, as was inequity in access to health services45.

Commitment to care and equity

In response to the situation, the newly formed independent government of Namibia made a commitment to health as a fundamental human right, and to integrating racially divided communities into one health care system. Within a few years, the national leadership at the Ministry of Health and Social Services (MoHSS) began reforms to focus on transitioning to a system based on a central role for primary health care (PHC)67.

The prominence of PHC in these reforms is reflected in the vision of the MoHSS National Directorate for PHC Services "to translate and oversee the implementation of health policies and programs as an integral part of the health care delivery network based on the strategy and philosophy of primary health care"8. This vision is being realized through both horizontal integration of public health and curative care services, as well as integration across multiple system levels from community health workers to health centers and district hospitals."

Additional efforts have been undertaken to integrate traditionally siloed programs such as HIV/AIDS, malaria, and tuberculosis into PHC. With the support of UNFPA, the MoHSS has remodelled PHC service delivery from a parallel, fragmented model towards a comprehensive, integrated, and patient-centred approach. For example, a pilot project conducted at Epako Clinic in Gobabis integrated sexual and reproductive health services with HIV services in a model known as “one nurse, one patient, one room.” Preliminary results suggest that this integration reduces patient waiting times, improves nurse productivity, and reduces stigma and discrimination against those seeking HIV-related services24.

Reflecting this model of integration, primary health care in Namibia is centred on four pillars:

As the country began the transition towards a system focused on primary health care, Namibia faced the challenge of ensuring equitable and quality healthcare for all. It attempted to address inequity through strategies including the redistribution of health care resources based on measured differences in communities379. In order to provide effective PHC services, the healthcare reform included the decentralization of responsibilities and decision-making to the local communities9. In 1994, thirteen regional health management teams were created to plan and manage all local PHC services and facilities910. These teams were responsible for managing district health management teams as they sought to operationalize a primary care approach. This decentralization facilitated a more equitable distribution of critical resources.  For example, the regional health management team in the capital city of Windhoek used data to identify inequities in staffing related to increased demand and subsequently drove reallocation to poorer communities3.

Recognizing the need for further action to reduce inequities in access to basic health services, a public-private partnership between the MoHSS, PharmAccess, and USAID SHOPS program implemented the Mister Sister mobile clinics in 2008 to enable better access in three rural regions11. The clinics aim to improve geographic access and equity by targeting poor rural communities and other vulnerable populations, including pensioners, orphans and vulnerable children1112. The mobile clinics are designed to provide high-quality, person-centred care with a focus on comprehensiveness and continuity. Unlike traditional mobile clinic models which focus on acute care, the Mister Sister mobile clinics provide a range of services in line with the primary health care model, including routine immunizations, diagnosis and treatment of routine communicable diseases, management of minor trauma, testing and follow-up treatment for chronic diseases, voluntary counselling and testing for HIV, antenatal care, and health education121415. Each mobile clinic includes a team comprised of a registered nurse, an enrolled nurse, and a driver to help with administrative tasks. If a patient cannot be treated by the mobile clinic, they can be referred to the nearest public health facility. Recognizing the importance of being able to provide more comprehensive care for non-communicable diseases, Mister Sister plans to have a physician available in each clinic on a quarterly basis11. The mobile clinics collaborate with rural employers and farmers to provide PHC to the targeted communities. The majority of local employers (80 percent) are willing to contribute to the financing of their employees’ health services, in part through these clinics13.

The Mister Sister mobile clinics have had considerable success in expanding effective coverage, particularly for the most vulnerable. Within a group of children followed over time, statistically, significant declines were seen:

Since independence, Namibia has shown a strong commitment to primary health care and achieved significant improvements in effective health coverage. Total health expenditure has increased from 6.2 percent of the gross domestic product in the mid-1990s to 8.9 percent in 201416.

Service delivery coverage has also improved. In 2013, 87 percent of women delivered in a facility, up from 75 percent in 2000, and 79 percent of children with diarrhea were treated with oral rehydration therapy or increased fluids17. Namibia has made significant progress toward reducing preventable mortality, including:

These improvements notwithstanding, Namibia still faces a number of challenges in providing equitable, person-centred primary health care. HIV prevalence is still the 6th highest in the world. Similar to many other countries, Namibia is now facing a growing burden of non-communicable diseases, which accounted for 43 percent of deaths in 201420. Reflecting its commitment to strengthening PHC, Namibia included measurements of blood pressure and fasting blood glucose for the first time in their most recent demographic and health survey6. In the 2013 DHS, almost half of the population between the ages of 35 and 64 years (44 percent of women and 45 percent of men) had hypertension or were on medications for hypertension. Diabetes is also a growing challenge, with 7 percent of the population having elevated glucose or already taking medications6.

Namibia has developed a vast health care system to meet the geographic spread of its population, which requires a focus on integration and coordination across its tiers. Namibia has four tiers in the public health system: 1150 outreach points, 309 health centres, 34 district hospitals, and four intermediate and referral hospitals. The growing health care demands are complicated by a workforce shortage, as well as gaps in management capacity2122. Reflecting human resources and other supply-side shortages, the public sector is unable to respond to all needed care including specialized services. Some progress has been made through the creation of public-private models to increase the private sector coverage from its current level of 15 percent.

Notably, the Namibian government remains committed to ensuring universal access to primary health care for all its citizens. In the 2010-2020 National Health Policy Framework (NHPF)23, the government of Namibia renewed its commitment to primary health care and the key principle that “All Namibians have the right to enjoy good health through access to primary care and referral level services according to need”23. The NHFP set forth a strategy to expand and ensure equitable, quality PHC through a multi-sectoral, integrated model of delivery.