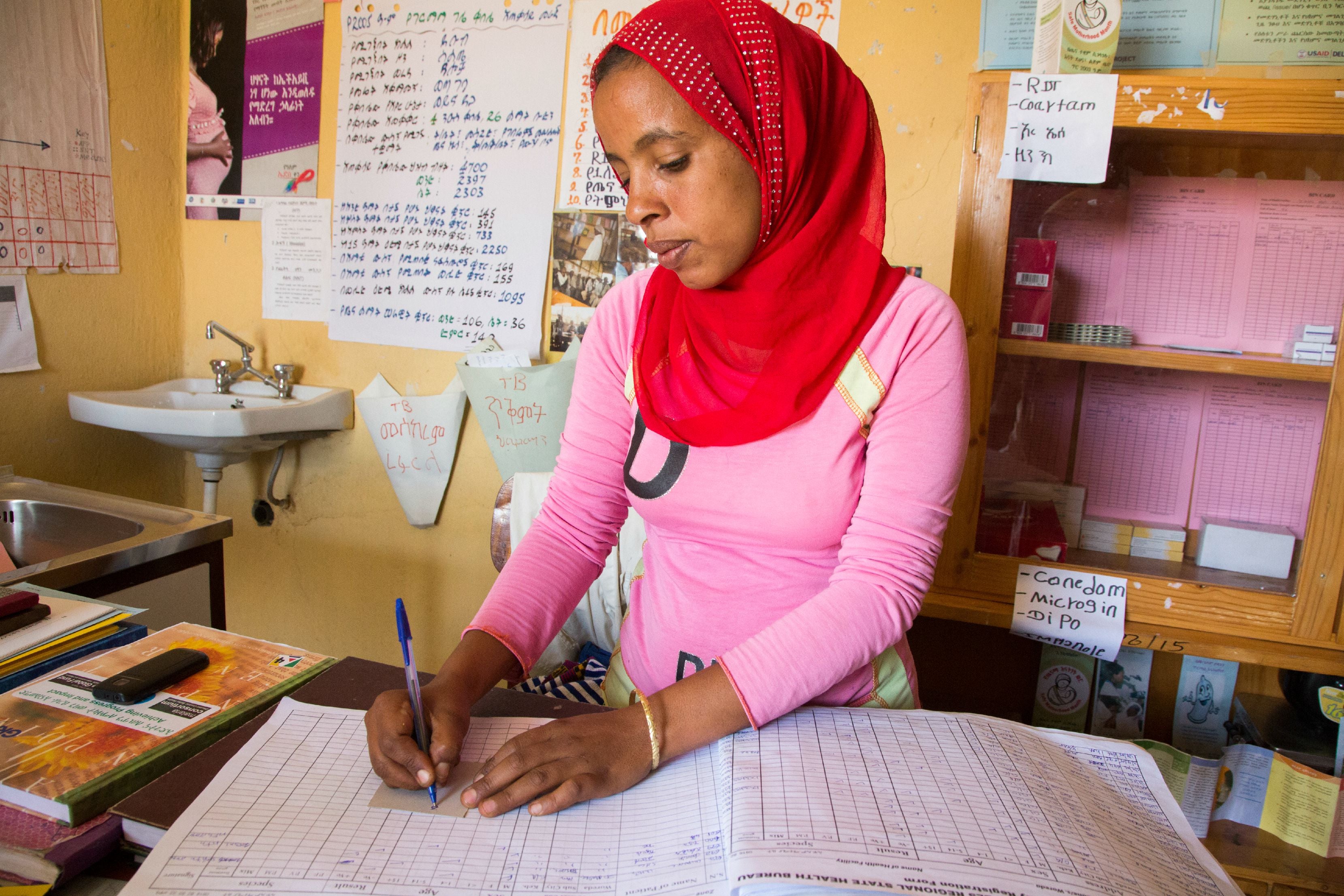 ©Bill & Melinda Gates Foundation/Nathalie Bertrams
Primary health care is one of the most cost-effective ways to equitably reduce morbidity and mortality and improve population health, but the realization of these potential benefits is dependent on having adequate numbers of competent, motivated human resources to deliver primary health care services. The central role of health workers in achieving the Sustainable Development Agenda was highlighted by the World Health Assembly’s recent unanimous adoption of the World Health Organization (WHO) global strategy on human resources for health: Health Workforce 2030.

However many questions remain about the ideal density of human resources and the optimum distribution of health workers across primary, secondary, and tertiary care for achieving better health outcomes. In a recent study available through the PHC Evidence portal, Willcox et al (2015) shed new light on these questions. The authors reviewed formal and unpublished literature on human resources for health for five countries in sub-Saharan Africa (Mali, Sudan, Uganda, Botswana and South Africa) in order to estimate the number and density of health workers as well as the proportion of health workers working in primary health care in each country. In general, major gaps exist in data availability in low and middle-income countries (LMICs).  Most of the studied countries had some measure of overall density of health workers, but health worker roles were defined differently from country to country and data on distribution, proportion of workers in PHC, and PHC vacancies were severely lacking.

One key finding of the review was that, in the studied countries, the total health worker density has not increased over the last 20 years despite efforts in all five countries to train more staff.  In part, this is because population growth has outpaced growth in numbers of health workers, resulting in critical shortages of human resources for health in three of the five countries examined. The review further highlights that all countries examined have a minority of workers in primary health care, and that shortages are greatest in rural and poor areas. The authors name this observation, "the inverse primary health care law," based on the "inverse care law," or the common observation that distribution of care—in this case, primary health care—is inversely related to poverty and need level of the population served. The authors conclude that “staff shortages are greatest in primary care and in the lowest level health facilities and in the poorest areas within the lowest income countries.”

This finding has serious implications for the equity of service availability and health outcomes in these locations. It will be difficult for countries in these income and geographic strata to find sufficient, and sufficiently trained, workers to meet the growing needs of their populations. In order to engage and support key stakeholders, the WHO Global strategy on human resources for health: Workforce 2030 outlines a framework to address the areas of assessment, planning and education, across management, retention, and incentives and productivity in an integrated way, and provides tools and guidelines for policy development, implementation, and evaluation.

According to the Willcox et al review, increasing the density of primary health care workers can be approached by improving three processes: training, recruiting, and retention. Each of these tactics is insufficient on its own, and all three processes should be pursued in tandem: training larger numbers of PHC workers, recruiting them to areas of high need, and retaining workers through adequate pay, training, and supervision to sustain provider motivation, an aspect also emphasized in the PHCPI conceptual framework.

Annex 2 of the WHO Global strategy on human resources for health: Workforce 2030 highlights several WHO tools and guidelines which can inform this work, including a workload indicators tool for staff need, guidelines for task-shifting, education and training; policy recommendations specific to increasing access for rural and underserved populations; and many others. While improving these three processes simultaneously may be difficult, Willcox et al. also highlight the opportunity to improve equity by using existing resources more effectively by, for example, improving the distribution of existing human resources and increasing their efficiency by building teams with the correct staff and skill mix through training of non-professional support staff and/or community health workers.

Hannah Ratcliffe is a Research Analyst at Ariadne Labs, a joint center between Brigham and Women’s Hospital and the Harvard T. H Chan School of Public Health.

Elisabeth Tadiri is a Primary Health Care Intern at Ariadne Labs, , a joint center between Brigham and Women’s Hospital and the Harvard T. H Chan School of Public Health.