More than numbers: how better data is changing health systems

This article was crossposted from the World Health Organization.

The Health Data Collaborative, launched by WHO and partner development agencies, countries, donors and academics, will strengthen countries' capacity to collect, analyse and use reliable health data, thereby reducing administrative burden. A list of 100 core health indicators has been produced, and 60 low income and lower-middle income countries, and their supporting donors, will be using common investment plans to strengthen their health information systems by 2024. 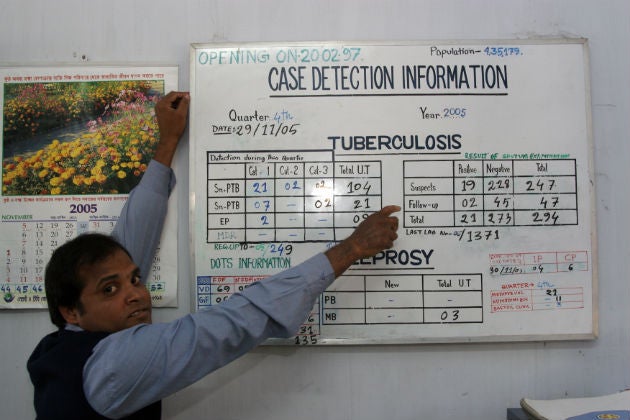 Less than a decade ago, visiting a clinic in Bangladesh meant a patient’s data went into 1 of 33 separate systems, none of which were linked. Data from private and public clinics in urban and rural areas were fragmented in a chaotic patchwork, resulting in heavy paperwork for health workers and less time for patient care.

Things began to change in 2009. With support from WHO, the government of Germany, and other partners, a more modern approach was introduced that integrates all data into one coherent health information system. The benefits are both local, allowing health workers to follow pregnant women and children, and national, enabling more efficient and effective planning as well as rapid response to spikes in disease through the use of real-time data.

Today, more than 13 000 health facilities across Bangladesh report data electronically, and about 40 000 health workers use the system. It all means less paperwork for health workers, better planning, and better care for people.

Good data is essential for planning and decision making

“The weaknesses in our heath data made good planning and decision-making extremely difficult," said Professor Abul Kalam Azad, Additional Director-General and Director of Management Information System in Bangladesh's Ministry of Health and Family Welfare. "We made almost all decisions from assumptions. Now things have changed, especially at the local level. We are getting better data on time which is making a real difference to the quality of care people receive.”

No health system can operate without good information. But around the world today, many countries don’t count who is born, who dies, and other important details about people’s health. Health data is often fragmented and piecemeal.

More than two-thirds of the world's population lives in countries that do not produce reliable statistics on mortality by age, sex, and cause of death – one of the most important health indicators for understanding a country's health priorities. Only half of countries reported cause of death data to WHO in 2014, and more than 100 countries worldwide don’t have reliable systems for registering births and deaths. Many countries lack good data on their health workforce, or for their health financing system.

A lack of data makes it harder to make good decisions about where to target resources to improve health and help people to live longer, healthier and more productive lives.

The UN Sustainable Development Goals, adopted in September 2015, set an ambitious agenda for a fairer, safer and healthier world, with 17 goals and 169 targets. It’s clear that achieving the goals will require reliable data, in order to properly understand the scale of the work to be done, and to make good decisions about how to allocate resources for the most efficient and effective results. Attaining these goals will require investments at the domestic and international levels in robust health information and statistical systems.

"Money alone is not enough," said Ties Boerma, director of information, evidence and research at WHO. "Many developing countries are faced with numerous data demands from donors. We can collectively do better through better coordination and alignment among donors, in order to ease the administrative burden on countries and strengthen their capacity to collect, analyse and use reliable health data."

The Health Data Collaborative aims to do just that. Launched on 9 March 2016 in New York, the Collaborative is an informal partnership involving WHO and other development agencies, countries, donors and academics. Its objective is to strengthen country capacity for health data by getting an array of global partners to work together to support country needs, instead of adding to their workload.

The Health Data Collaborative aims that by 2024, 60 low income and lower-middle income countries, and supporting donors, will be using common investment plans to strengthen health information systems, and that countries will transition away from international assistance for these systems by 2030.

The Collaborative’s first product is a list of 100 core health indicators, which attempts to narrow the focus on a small, agreed upon set of health metrics, instead of the more than 600 indicators that some countries have previously reported on under their various relationships with donors.