PHC in the News 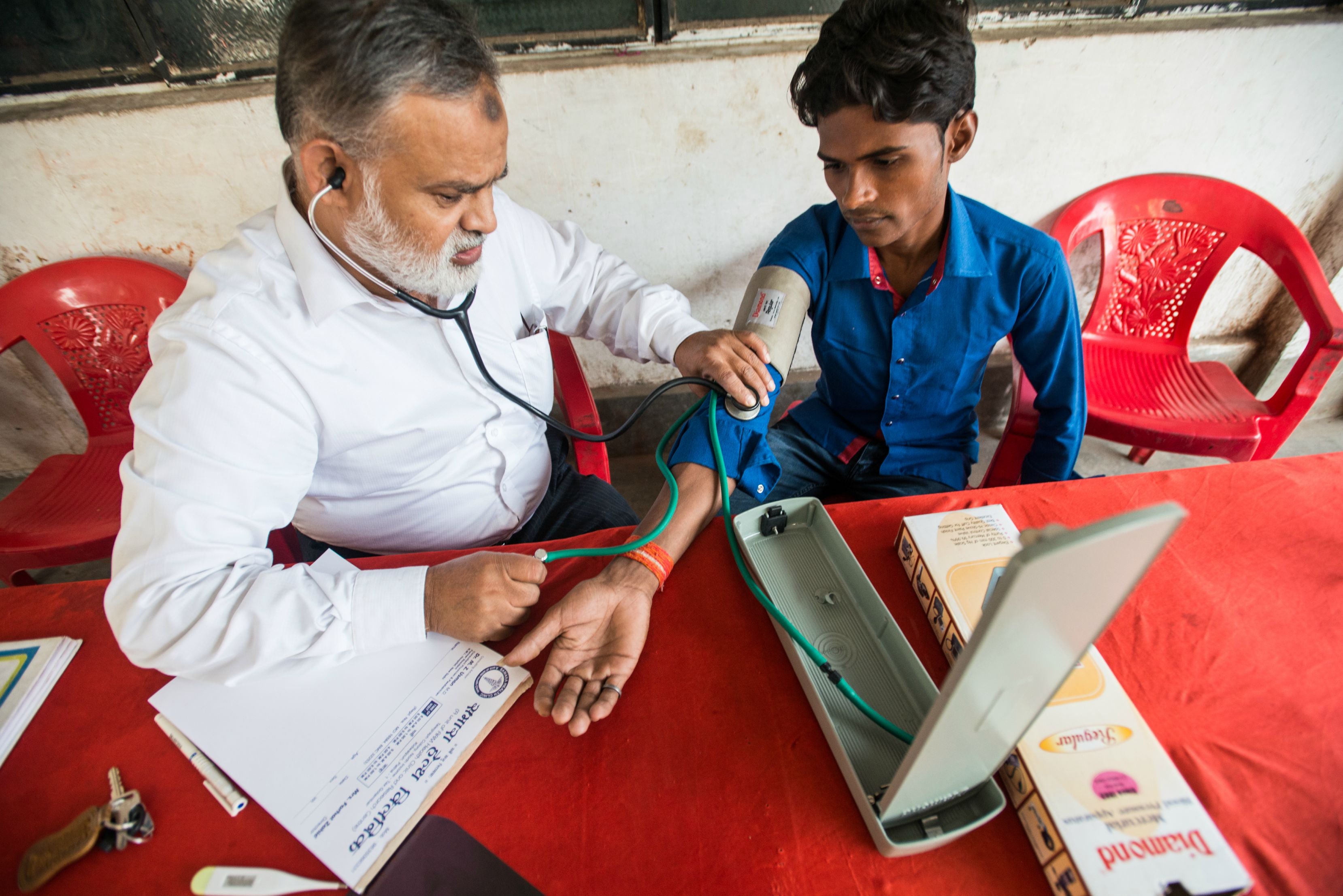 Bill & Melinda Gates Foundation/Ryan Lobo
There are many ways to tell India's story of progress over the past generation. Prime Minister Narendra Modi will tell one version when he addresses the nation at the Red Fort.

The next task is to get from 1.3 million to as close to zero child deaths as possible, that means studying the progress of the past, learning from it, and improving upon it.

India's success in saving children's lives so far, means that it hasn't just met but surpassed the UN's ambitious Millennium Development Goal (MDG) on child mortality. In 2000, UN agreed to a sweeping plan to improve the lives of the poorest people in the world, including specific targets in eight key areas of development, with a deadline of 2015. The MDGs helped countries and development organizations set priorities, measure progress, and continually get better.

Now, the deadline for the MDGs is near. The MDGs are being replaced by a new set of goals, the Sustainable Development Goals (SDG), which run from 2015 to 2030.

The SDGs provide an opportunity to consolidate all the lessons you've learned in the past 15 years and chart your next course. You get to ask yourselves, "What kind of country do we want to have in 2030, and what do we need to do to get there?" When it comes to health, the area I follow most closely, I see two big needs: More resources and using those resources as effectively as possible."

The SDGs are backed by a bold vision of the future, but to put it bluntly, that vision costs money that is not yet available. In India, public spending on health amounts to just 1.1% of GDP, compared to 2.9% and 4.1% in China and Brazil, respectively. Many countries spend even more. There is no magic number for the percentage a government needs to spend on health, but it is not possible to maintain an adequate public health system with inadequate financing.

Resources matter, but how they are used is just as important. India is immense — and immensely complex. There is no existing health system model that can simply be applied to India. You need to generate new models. How can you provide high-quality care in vast rural areas where there are very few doctors?

Given that so many Indians use private health providers, how can the government work with the private sector to improve care? How can such a sprawling health system produce and use data in real time to respond to what is happening on the ground? These are challenges India is wrestling with. You have the creativity and intellect to solve them, and I believe you also have the political commitment.

In 2014, India developed a strategy to save the lives of infants, added vaccines to the routine immunization schedule, and created the Indradhanush and Swachh Bharat missions to promote universal immunization coverage and better sanitation. That's an impressive record for just a single year.

But it's not enough for these plans and missions to exist. They must perform. If you look at the statistics about quality of life in India, the first thing that jumps out at you is how much better it has gotten. But the second thing is how uneven it still is from state to state. The child mortality rate in the worst-performing states is three times higher than it is in the best states.

More than anything else, we should make sure that primary health systems in every state reach every single person with high-quality services. It is possible because we have seen it in many places. We have also seen that it takes long-term attention and investment."

India's record on child survival is impressive. But to maximize the impact those children will have in the future, India needs to make sure that they not only survive but thrive. So, this Independence Day , in the new era of the SDGs, I hope Indians focus on an ambitious goal that is good for India and good for Indians: Creating a society where every citizen has access to healthcare, education, and nutrition they need to fulfill their potential.

Bill Gates is founder and co-chair of the Bill & Melinda Gates Foundation.