PHC in the News

Originally posted on The New York Times on September 26, 2015. Watch the live video of the PHCPI launch event here. ​

Supported by one of the world’s leading philanthropies, a new partnership was announced Saturday during a United Nations development meeting aimed at improving health in poor and middle-income countries by helping to strengthen their primary care providers.

These providers, which are often neighborhood clinics, are the foundations of many health delivery systems but are often their weakest links of defense against disease. The partnership, a collaboration of the Bill & Melinda Gates Foundation, the World Bank and the World Health Organization, will focus on strengthening the monitoring, tracking and sharing of performance measurements by primary health care providers.

Vast gaps exist, for example, in data on how often health workers are present at clinics and on the accuracy of their diagnoses. The absence of basic performance information contributed to the delayed responses that led to the Ebola epidemic in West Africa, which began in 2014 and has killed more than 11,300 people.

"We need good information," Dr. Margaret Chan, director general of the World Health Organization, said at an event to announce the new partnership. "You cannot manage what you cannot measure.” 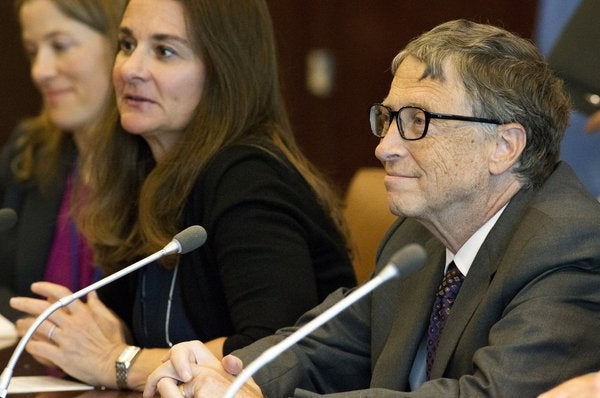 Bill Gates, right, and Melinda Gates at the United Nations on Friday. Their foundation is part of the new health care effort. Credit Darren Ornitz/Reuters

The event, hosted by Germany, Ghana and Norway, was held a few blocks from the United Nations, where a day earlier all 193 member states formally adopted a set of 17 goals for development over the next 15 years, including health care for all. Although significant advances have been made in recent years on increasing life expectancy and reducing common causes of death linked to child and maternal mortality, more than 400 million people worldwide lack access to basic health services.

"While many countries have identified primary health care as an urgent priority, they lack the data needed to pinpoint weaknesses, understand their causes and drive improvements," the partners said in a statement about the effort, called the Primary Health Care Performance Initiative. “While countries regularly track the total amount of money spent on health care and measure the coverage of select interventions, there is comparatively little monitoring and sharing of data about the performance of primary health care.”

Underscoring the importance attached to the partnership, the announcement event was attended not only by Dr. Chan but also by Chancellor Angela Merkel of Germany, Prime Minister Erna Solberg of Norway, President John Dramani Mahama of Ghana and Bill Gates, the co-chairman of his philanthropy, which has an endowment of more than $41 billion and has made the eradication of killer diseases like polio in the developing world a major objective.

"Once a disease breaks out, how do we get information?" Ms. Merkel said in her remarks. “This information has to be relayed very quickly and has to be done transparently. Press a button, and now we know what the world needs to do.”

Guests also included President Jakaya Kikwete of Tanzania, who is chairman of a United Nations panel on the global response to health crises, and President Ellen Johnson Sirleaf of Liberia, which has been declared Ebola-free but had more deaths than either of the other most affected countries, Guinea and Sierra Leone.

In a separate announcement, the Obama administration announced Saturday that it was investing nearly a half-billion dollars in new money to support AIDS prevention among adolescent girls and young women in 10 sub-Saharan African countries. The allotment expands on a program known as the President’s Emergency Plan for AIDS Relief, which was first started by the Bush administration.

Despite significant reductions in AIDS and H.I.V.-related infections and deaths in the 10 countries, 380,000 adolescent girls and young women are infected each year, Susan E. Rice, the national security adviser, said in the announcement. "This must change,” she said.